for an archive of earlier work get in touch
Just In Case You Care
This project included a book, an installation, a video and an event
Shown as part of Young London at V22, September 2013

How To Feel Better, A Display (Just in Case You Care)
Installation, 2013


Just In Case You Care, The Transcripts of a Youtube Channel
Please get in touch if you would like a copy of the transcripts 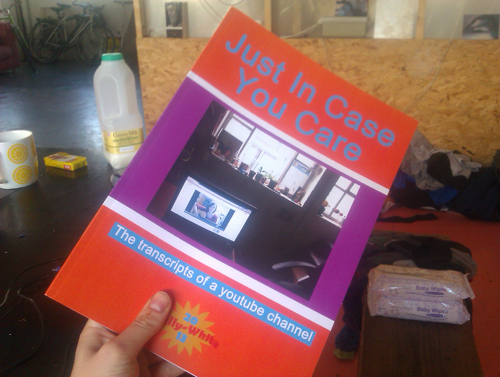 I started following the channel in 2011 as the videos were first being made, up until the girls stopped uploading. During that time it became 2012, the year of the apocalypse, and I turned 27. I guess this a document of so many things, including where I was when I watched each video.

I have never met the girls in these videos, but they have kindly given their permission for the production of this book.